As a large and successful company, we believe that it is our duty to be an active participant in the life of the local community in all markets where we are present.

Since communication is our business activity, we know that good connection among people is what contributes to the quality of life of each individual and what overcomes obstacles across the community. That is why connection is especially important for our families and individuals living around the globe.

MTEL promotes a long tradition of organizing and supporting numerous initiatives the purpose of which is to connect our people across the world with our culture, values and compatriots. Many of these initiatives also represent an opportunity for our people to participate with us in solving problems of common interest and preserving the spirit and tradition that are part of our identity.

In order to gather our people around common ideas and interests, as well as to present our culture in the world, socially responsible initiatives are an integral part of our business ethics.

The Serbian Center from Vienna organized this prestigious event 23 times in a row, and thanks to the exclusive sponsorship of MTEL, the ball in 2020 was of a completely humanitarian character. By purchasing a ticket, each guest of the ball also became a donor.

The funds raised from the sale of tickets were used within the project "For Children's Joy", implemented by the Serbian Center in cooperation with the Diocese of Raska and Prizren.

At the suggestion of the Visoki Decani monastery, the Cukaric family from Velika Hoca was chosen, as they have returned to live in Kosovo and Metohija, and the collected funds will be used to provide them with living space. More than EUR 46,500 was collected. 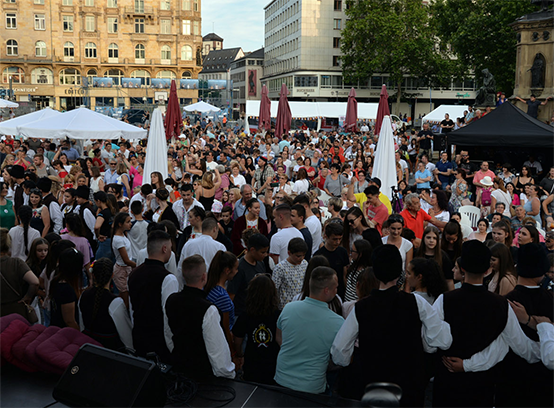 This event was held on June 22 and 23, 2019, in one of the main city squares in Frankfurt. The event was attended by thousands of our citizens who live and work in this region. The Days of Culture were organized by the Consulate General of the Republic of Serbia in Frankfurt, in association with the Central Council of Serbs in Hessen, the parish of the Serbian Orthodox Church in Frankfurt, numerous Serbian clubs and associations from the German province of Hessen, also with significant support by MTEL, Tourist Organization Serbia and the Children's Cultural Center Belgrade.

This unique cultural event, which was organized in Frankfurt for the first time in such a format, included a two-day outdoor cultural and artistic program, within which visitors had the opportunity to watch the play "Marko Kraljevic" and enjoy music concerts. Fine artists from Frankfurt prepared a studio with a calligraphy workshop for children, while folklore ensembles from our cultural and artistic associations in Hessen performed on both days. A contest in basketball titled "Three-point Shootout" with a humanitarian character was also organized. At the stands around the main stage, it was possible to present our historical and cultural heritage, tourist offer and economic potentials, as well as the Serbian spiritual tradition. 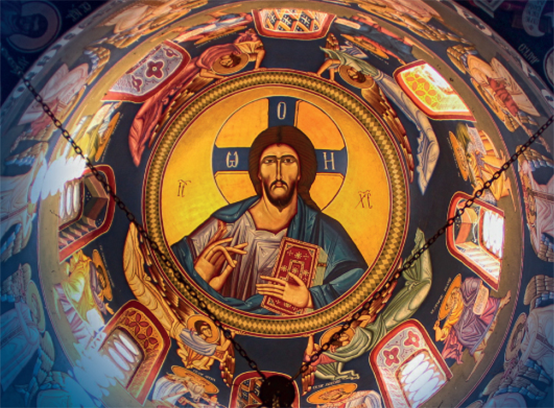 The Diocese of Austria and Switzerland and MTEL have initiated cooperation under the slogan "Let's cherish tradition together". Thanks to this action, MTEL made donations to the diocese for each new postpaid contract for the Sim Only tariff. This tariff was created specifically for the believers of the Serbian Orthodox Church in Austria.

MTEL donated € 30 from each new postpaid contract to support the construction of temples in the diocese, and the users received donor cards.

The Serbian Language School project aims to nurture the Serbian language and alphabet among children in Austria, which is a necessary step in preserving and introducing children to their culture.

In addition, through better understanding of the mother tongue, children can also learn a foreign language easier and faster, which is important for their integration into society, both at language and at other levels.

The school was opened in March 2018 and about 40 students attend it so far. 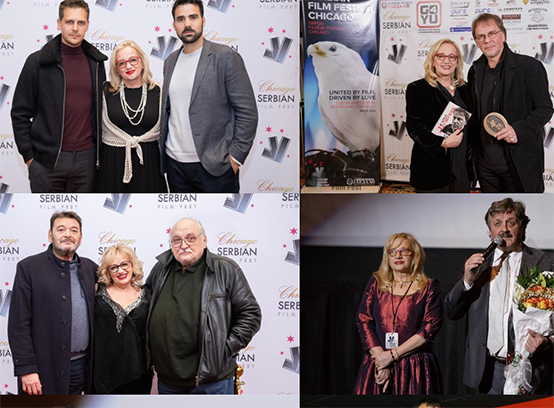 For two years in a row, MTEL has been supporting a successful educational, cultural and entertainment event that has been connecting Chicago audience with Serbia through film, art and tradition since 2013. The festival is a non-profit, cultural event, with an aim to present Serbian creativity to the world and to enrich the Chicago art scene.

The best Serbian film achievements are presented during the three days of the Festival. Visitors have the opportunity to watch carefully selected films, which have won worldwide audience. The guests of the festival are actors and directors, who after the screening participate in dialogue with the audience.

Within the events of 2018, visitors could also enjoy the exhibition titled "Far Away 1918-2018" dedicated to the centenary of the Great War and Serbian-American friendship. 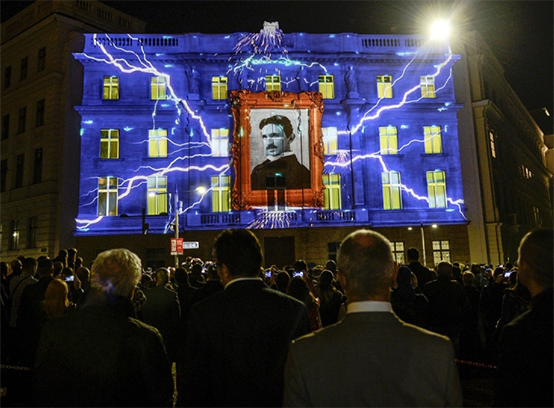 The MTEL company prepared for the citizens and visitors of Vienna an unusual multimedia projection about the great scientist and innovator Nikola Tesla, without the inventions of whom we could not imagine a modern way of life. The facade of the Technical University on Karlsplatz served the young artist Dusan Jovovic as a canvas to "paint" and evoke the life and work of Nikola Tesla through an audio and visual performance.

Representatives of companies and numerous distinguished guests addressed the gathered citizens, and Dr. Walter Ehrlich Schupita, Vice Dean of the Faculty of Electrical Engineering and IT of the Technical University, on this occasion handed the original telegram of Nikola Tesla to the General Manager of Telekom Srbija. The famous scientist sent the said telegram on March 11, 1908, from New York to the Technical University in Vienna as a thank note for the awarded honorary doctorate.

"Tesla's Time Machine" received the prestigious BalCannes award in 2017 for the best regional project, and in 2016 it was awarded the European "PR Excellence Award" as one of the five best projects in the "Science and Education" category.